The Transformation of the FBI & What Citizens Can Do 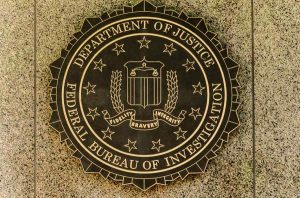 What happened to the FBI and what can citizens do when those charged with protecting them demonstrate ignorance of clear and present dangers to their communities?

Because state and local police agencies often follow the lead of the FBI on terrorism matters, it is important to understand the depth of the failure at the FBI and what citizens can and must do if America is to win the war against the jihadis and their Marxist allies.

How is the FBI so ignorant about the threat of Islam?

Why is the FBI leadership so incompetent?

This is not an exhaustive list but meant to give the reader a taste of the institutional issues facing anyone who seeks to right the ship that is the FBI.

What can American citizens to do when their local and state police get take their lead from the FBI on terrorism matters?

This is a beginning.  Look for UTT’s upcoming book, What Can I Do, which will give citizens many ways to engage in this battle.  We need all hands on deck to take the fight to the enemy and put freedom back on the offensive where it belongs.