Threat Assessment in the Domestic War

Threat Assessment in the Domestic War

An objective review of the activities of the Islamic Movement in the United States, the response from US law enforcement and intelligence agencies, and the actions of local, state and federal leaders reveals the U.S. is closer to losing the war domestically than at any point in time since 9/11/2001. 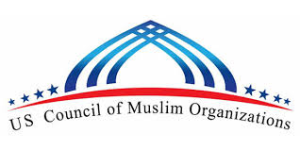 The leading Muslim Brotherhood organization in the United States and the “mother ship” of their jihadi Movement – the US Council of Muslim Organizations (USCMO) – hosted their second annual “Advocacy Day” on Capitol Hill on April 18, 2017 continuing it’s overwhelming information operation against the U.S. perpetrating the lie that Islam is here to peacefully coexist with our Constitutional Republic.  This hostile effort continues to produce elected officials willing to help promote the enemy’s agenda instead of doing their legal duty of identifying enemies and defending the Constitution against them.

The Diyanet Center of America, a massive Islamic Center/Mosque complex in Maryland, operates as a base for the Turkish Muslim Brotherhood’s operations with the support of local and state officials there.  The Turkish MB’s influence in the US rivals the Palestinian MB’s (Hamas) presence here. 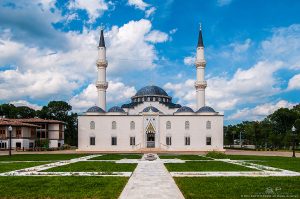 The Diyanet Turkish Islamic Center of America in Maryland

The Turkish MB is continuing its info op on state legislators by paying for trips to Turkey to show the lawmakers it is a moderate” nation.  Groups like “The Holy Dove Foundation” and the “Turquoise Foundation” propagate this dangerous operation.

The most prominent Islamic organizations in the United States are a part of the Muslim Brotherhood’s network whose stated objective is to wage “civilization jihad” to establish an Islamic state under sharia (Islamic law).  Many of these organizations currently work with the U.S. government, including the USCMO, Islamic Society of North America (ISNA), Muslim American Society (MAS), Muslim Public Affairs Council (MPAC), Islamic Circle of North America (ICNA), Muslim Legal Fund of America (MFLA), Muslim Advocates, Muslim Students Association (MSA), Hamas (doing business as CAIR), and many others.  The Muslim Brotherhood’s logistics and support network here is significant and they have penetrated all national agencies, have a broad plan and activities inside key U.S. infrastructure nodes, and control the U.S. national security decision-making process as it relates to Islamic jihad.

Anti-American hate groups like the Southern Poverty Law Center (SPLC), American Civil Liberties Union (ACLU), and much of the media provide direct and aggressive support for these jihadi (“terrorist”) organizations.  Much of the media has demonstrated no interest in doing investigative journalism on these matters, and simply regurgitates whatever information the suit-wearing jihadi groups give them.

Preparations for War:  The USCMO is over-seeing the national coalescing of Islamic forces from individual mosques through regional councils to the USCMO leadership.  The USCMO is solidifying communications and logistics coordination as well as assisting in preparations for confrontation.  Mosques/Islamic Centers are organizing for armed confrontation with law enforcement, shoring up physical defenses where they see likely confrontation and increasing their pre-attack surveillances of churches and other targets.

Funding:  Nearly 16 years after 9/11, the U.S. government still views the government of Saudi Arabia as an ally in the war, despite the fact it has been implicated time and again in funding the global jihad against the West and, specifically, the United States.  Massive funding for Hamas and Hizbollah – both of which have a heavy presence in the U.S. – comes from Iran, and intelligence officials now believe the leader of Al Qaeda, Ayman al Zawahiri, is being shielded by the Pakistani government in Karachi.  Pakistan is another U.S. “ally.”

Our leaders still believe they can use “moderate” muslim leaders to help America find it’s way to victory – a foolish and increasingly dangerous path.

The impact of the enemy’s information campaign (propaganda) is significant.  The recent jihadi incident in Sioux Falls, South Dakota sums up this entire war.

A sharia adherent jihadi – Ehab Jaber – went to a Christian event, filmed it live on Facebook, brandished weapons on video saying the crowd should be “terrified” and posted a number of other videos clearly indicating he had intent and desire to do harm to those who conflict with Islam.  Law enforcement officials and prosecutors refused to take any action and even publicly said the perpetrator broke no laws.  According to one state legislator, the Attorney General of South Dakota refused to push for a prosecution in this matter.

Updates on the Sioux Falls story can be followed HERE.

UTT’s experience is that none of the law enforcement professionals, military, and intelligence analysts UTT trains have ever heard the information laid out in UTT’s 3-day “Understanding and Investigating the Jihadi Network” program, yet all of them state the information is “critical” to protecting their communities.

The enemy situation represents an insurgency in the United States.  Doctrinally, the response must be a counter-insurgency strategy.  In a counter-insurgency, the focus of effort is at the local level.  This is why the strategy for victory must be local police and citizens who understand the threat and have the courage to engage and defeat it.

This requires police be trained to understand and investigate the threat, and citizens be given the knowledge to support their police in aggressively taking care of the enemy in their communities.

UTT remains the only organization in America providing the training to do this and provide law enforcement with the tools they need to proactively find jihadis (“terrorists”), map out the jihadi network, and develop aggressive and innovative counter-strategies at the local and state level.

Citizens must move to get the attention of their sheriffs and pastors and organize to defend their communities.