U.S. Airstrikes in Syria and the Broader War

U.S. Airstrikes in Syria and the Broader War 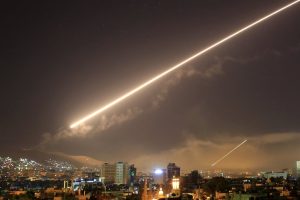 The recent U.S. strikes in Syria in response to reported use of chemical weapons by the Assad regime has been met with relatively broad support among U.S. government officials and others.  UTT has a few questions for readers to consider in the event the United States considers the use military force in this “global war on terror” again.

Decisions to use the U.S. military are supposed to be based on the national security interests of the United States.  The questions raised here are professional questions that demand answers if America’s leaders want to send our soldiers, sailors, airmen, and Marines into harms way again.