UTT Calls Out Hamas In Oklahoma

That is what UTT specializes in. 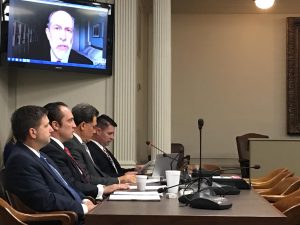 The UTT team laid out the evidentiary framework for the jihadi network in the United States, and explained that sharia is the basis for everything the jihadis do.

Others testified as well including Stephen Coughlin and Frank Gaffney via skype, and a former Muslim who went undercover at the Islamic Society of Greater Oklahoma City.  Additionally, former jihadi Kamal Saleem, Michael Hoehn who works with the counterterrorism caucus, and courageous pastor Paul Blair from Edmond, Oklahoma also testified at the state capital.

As was expected, the media in Oklahoma disregarded the evidence and ran to the aid of Hamas leaders like Adam Soltani, leader of CAIR Oklahoma, and Imad Enchassi, the Palestinian Imam of the Muslim Brotherhood’s Islamic Society of Greater Oklahoma City. 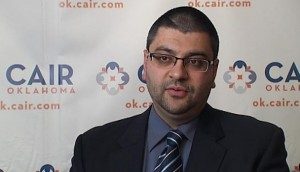 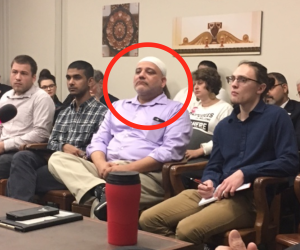 The lack of state legislators speaking out and standing by Representative Bennett is noticeable.  Only three, including Representative John Bennett and the Chairman of the committee, were present for the hearing.

When UTT says Sheriffs and Pastors are the two most important groups of people in this war, this is a great example.  Pastors because citizens must be engaged in this issue.  Now is time for citizens of Oklahoma and everywhere else to stand firm and not give one more inch to our enemies.

UTT encourages all its readers to contact the Speaker of the Oklahoma State House and let him know there is a war going on and he needs to grow some courage and stand by combat veteran and OK Representative John Bennett to send Hamas packing.

Lets put freedom back on the offensive where it belongs.