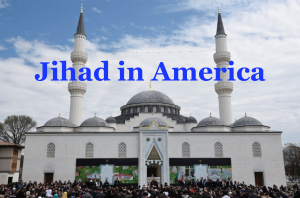 From a military perspective, the Islamic Counter-State has gained significant ground in the last five years to prepare the battlefield in the United States, while U.S. intelligence and security forces remain nearly completely ignorant of the true nature of the threat.

The following is UTT’s brief Domestic Enemy SITREP (Situation Report) as it relates primarily to the Islamic threat in the United States:

Since 9/11/01, the Islamic Counter-State has been able to conduct military operations inside the United States without any assessment by U.S. intelligence, law enforcement or military forces attributing these actions to the massive Islamic jihadi network supporting them.  The 9/11/01 attack and nearly all of the 71 attacks on U.S. soil by jihadis since 9/11, were all conducted with the support and assistance of a massive jihadi network in the U.S. primarily controlled by the U.S. Muslim Brotherhood.  Yet, there has been no concerted effort by any U.S. government entity to target and destroy this network, or even seek to identify it.

This points to a highly sophisticated and successful enemy Information Operation which has matured to the point the leadership of the Islamic Counter-State controls the national security decision-making process to the point it has kept the current administration from designating the Muslim Brotherhood a Foreign Terrorist Organization.

UTT will discuss the enemy’s Information Operation in Part II of this SITREP this coming Thursday.

Enemy’s Preparation of the Battlefield

Based on the information provided herein, and a significant amount of other information collected by Understanding the Threat (UTT), UTT assesses America’s security vulnerability to the Islamic Counter-State as GRAVE at this time.  Without a significant and radical course change, the U.S. cannot win this war at the federal level.

However, UTT assesses a significant awakening at the local level in a number of areas across the United States where police, elected officials and citizens trained by UTT are coordinating efforts and taking the fight to the enemy at the local level.