UTT Throwback Thursday: Are You Still Listening to the Imam?

Monday’s UTT article entitled “The Path to Victory Begins with Knowing the Threat” made one important point:  the threat America faces from the Global Islamic Movement has EVERYTHING to do with Islam.

Which means to understand Islam, a person must study the authoritative books of sharia muslims teach each other when non-muslims are not around.  That is what UTT does.

Therefore, it is unprofessional for U.S. political leaders, intelligence professionals, pastors, and our military leaders to use “Islamic scholars/experts or Imams” to tell them about Islam.

Yet, for years America’s leaders have used Al Qaeda operatives like Abdurahman Alamoudi and IMAM Anwar al Awlaki or Muslim Brotherhood/Hamas operatives like Nihad Awad, IMAM Mohamed Magid, Sayeed Syed, Muzammil Siddiqi, Salam al Marayati, and others to tell them about Islam.  This is one of the main reasons our leaders lack an understanding of the true nature of the threats we face.

Two glaring examples reared their heads this week just in time for this article to be published.

First, Dr. Qanta Ahmed is a jihadist in a pant-suit who is an expert in verbal oragami.  In UTT’s recent videos, Qanta Ahmed discusses the difference between “Islamism” – the violent ideology according to her – and “Islam” – the peaceful religion that has nothing to do with Islamism.  In military-speak we call this an “Information Operation.”  For the layman, its called a LIE with the purpose of keeping you from understanding the threat until its too late.  See the UTT videos HERE and HERE.  As always, the media is a willing accomplice. 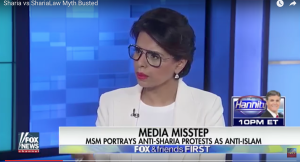 The second example comes to us from evangelical minister James White who publicly states he learned everything he knows about Islam from Muslim Brother Sheikh Yasir Qadhi, leader of the Memphis (TN) Islamic Center.  The New York Times calls Qadhi  “one of the most influential conservative clerics in American Islam.”  By “conservative” they must mean “jihadi-like.” 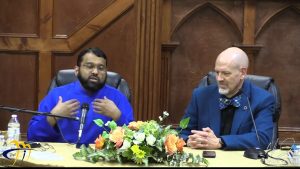 Qadhi is a sharia scholar and works inside the Muslim Brotherhood’s Movement calling for the implementation of sharia and an Islamic state here in America.

Specifically, Qadhi is a member of the Muslim Brotherhood’s Assembly of Muslim Jurists of America (AMJA).  Qadhi is also the Dean of Academic Affairs and an instructor at the al Maghrib Institute, which has produced a large number of jihadis over the years including Tarek Mehanna, Ramy Zam Zam – the leader of the “Virginia 5,” Daniel Maldonado, Nuradin Abdi (founder of the Al Maghrib’s Ohio Chapter), and others.

Yasir Qadhi was a trustee at the Muslim Brotherhood/Hamas’ Islamic Society of Boston founded by Al Qaeda financier Abdurahman Alamoudi.  This is the same ISB which nurtured the Boston Marathon bombers.

Yet, James White publicly stands with Qadhi and lashes out at anyone who brings these facts to light.  It appears Mr. White has not read MB doctrine…

UTT continues to encourage all readers to know, digest, and understand that there is no “version” of Islam which does not mandate war against non-muslims (jihad) until the entire world is under Islamic rule.

There is no such thing as “radical Islamic extremism” nor is there a difference between “sharia” and “sharia law.”

All of this is a crafted campaign meant to buy time and keep people from focusing on the threat we face – Islam.

Leave a Reply to When Evangelicals Become Useful Idiots for Islam |