In the shadows of yesterday’s attack (3/22/2017) at Westminster in England which left two citizens, one police officer, and the jihadi attacker dead, one wonders if British leaders will continue to apologize for Islam or speak truth about this deadly threat to the United Kingdom. 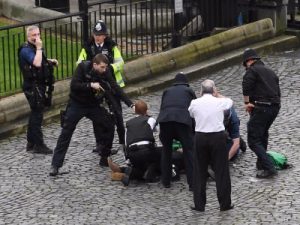 Where is Winston Churchill when you need him?

Since 9/11/01, Britain’s leaders have been unable to see the reality of the Islamic threat which is overwhelming them, and, in the face of their own destruction, have been incapable of letting the light of truth in to see the problem they face lies with Islam and it’s destructive and barbaric sharia.

In October 2001, British Prime Minister Tony Blair held a press conference where he stated:  “This is not a war with Islam. It angers me as it angers the vast majority of Muslims to hear bin Laden and his associates described as Islamic terrorists. They are terrorists pure and simple. Islam is a peaceful and tolerant religion, and the acts of these people are wholly contrary to the teachings of the Koran.”

After British Army soldier Lee Rigby was run over and beheaded on the streets of Woolwich, England in May 2013 by two Muslims, British Prime Minister David Cameron stated:  “This was not just an attack on Britain and on the British way of life, it was also a betrayal of Islam and on the Muslim communities who give so much to our country.  There is nothing in Islam that justifies this truly dreadful act.”

After British aid worker David Haines was beheaded by Muslims in ISIS on video in September 2014, British Prime Minister David Cameron stated:  “They claim to do this in the name of Islam.  That is nonsense.  Islam is a religion of peace.  They are not Muslims.  They are monsters.”

What will Prime Minister Theresa May say about Islam after the jihadi attack in Westminster?

Is she aware “Fight and slay the unbeliever wherever you find them” (Koran 9:5) is a permanent command from Allah for Muslims until the world is under sharia (Islamic Law)?  Is she aware this is taught in Islamic schools all over Britain?

What will London’s jihadi mayor say? 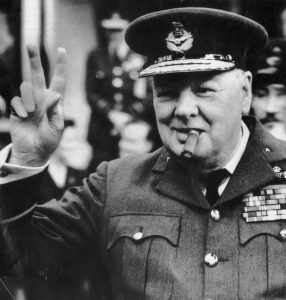 “How dreadful are the curses which Mohammedanism lays on its votaries! Besides the fanatical frenzy, which is as dangerous in a man as hydrophobia in a dog, there is this fearful fatalistic apathy. The effects are apparent in many countries. Improvident habits, slovenly systems of agriculture, sluggish methods of commerce, and insecurity of property exist wherever the followers of the Prophet rule or live. A degraded sensualism deprives this life of its grace and refinement; the next of its dignity and sanctity. The fact that in Mohammedan law every woman must belong to some man as his absolute property, either as a child, a wife, or a concubine, must delay the final extinction of slavery until the faith of Islam has ceased to be a great power among men…Individual Moslems may show splendid qualities, but the influence of the religion paralyzes the social development of those who follow it.  No stronger retrograde force exists in the world.  Far from being moribund, Mohammedanism is a militant and proselytizing faith. It has already spread throughout Central Africa, raising fearless warriors at every step; and were it not that Christianity is sheltered in the strong arms of science, the science against which it had vainly struggled, the civilization of modern Europe might fall, as fell the civilization of ancient Rome.”
[Winston Churchill, The River War (Volume II, 1st edition), pages 248-250]

British Prime Minister Theresa May and members of the British Parliament all profess that Islam has nothing to do with the jihadi who killed people in London on 3/22/2017.  See the video HERE.

UTT believes the UK is finished unless the British people revolt and remove the entire leadership class from their positions.