When one of America’s great unsung heroes, John C. Houbolt, put forth the idea to NASA the “Lunar Orbit Rendezvous” (LOR) was the best way to get men to the moon and return them safely to the earth, he was harshly criticized.  In a meeting full of fellow scientists, Max Faget – one of the leading NASA scientists and the designer of the Mercury spacecraft – called Houbolt a liar, saying his figures on LOR could not be correct.

When Apollo 11 landed on the moon, NASA’s chief rocket engineer Werner von Braun thanked Houbolt because without LOR, America would have never made it to the moon in 1969.

When Louis Pasteur reported that “germs” cause illnesses, he was roundly and harshly criticized by leaders inside the medical community.

When Pythagoras put forth the idea the earth was round and not flat – in the 6th century B.C. – his information was rejected despite its scientific merit.

Today, thoughtful and Patriotic people put forth another revolutionary idea:  Islam is not compatible with civilized society.

100% of Islamic doctrine states that Islamic Law (sharia) is derived from the Koran and the Sunnah (example of Islam’s prophet Mohammad).  100% of sharia mandates that all human beings submit to sharia either by converting to Islam, or by paying the non-muslim poll tax with “willing submission and feeling themselves subdued.” 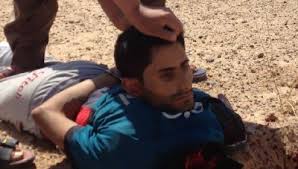 Yet so many people violently defend Islam and its barbaric ideology to the point of destroying other peoples’ lives, defending the killing of people who “offend” muslims, and denying the atrocities happening at the hands of sharia-adherent muslims right in front of their eyes.

As civilized and reasonable people of the West, we must hope that enough hearts and minds are open to the truth before it is too late.

Unlike getting to the moon, gaining acceptance for germs being the cause of illness, or determining the shape of the earth, understanding the threat Islam poses to free and civilized people comes with a sense of urgency because failure to grasp the insidious nature of this threat is to lose the war in the West and, thus, to lose the defender of liberty on earth.