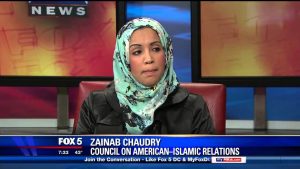 Following Monday’s UTT article “Is CNN Guilty of Material Support of Terrorism?” there was an overwhelming positive response from UTT followers who noted the many other incidents of mainstream media defending terrorists, specifically Hamas doing business as the Council on American Islamic Relations (CAIR).

So, for today’s UTT Throwback Thursday we will look at Hamas’ primary U.S. front organization – CAIR – and how the U.S. media continues to defend them despite the undeniable evidence they are a terrorist organization, and how the media lifts up other Muslim leaders who turn out to be terrorists.

In the largest terrorism financing and Hamas trial ever successfully prosecuted in American history (US v Holy Land Foundation for Relief and Development – HLF – Dallas, 2008) the U.S. Department of Justice identified the Council on American Islamic Relations (CAIR) and Founder/Chairman Emeritus Omar Ahmad as being a part of the U.S. Muslim Brotherhood’s Palestine Committee, which is Hamas.

The other two founders are Rafeeq Jaber and Nihad Awad.  Awad is the current leader of CAIR and, in the professional opinion of UTT, the General Masul (leader) of the U.S. Muslim Brotherhood. 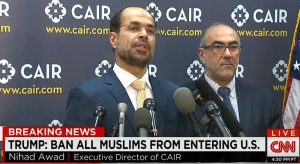 Hamas is a designated Foreign Terrorist Organization in the United States.  Please review UTT’s CAIR is Hamas document detailing a portion of the evidence demonstrating CAIR is a terrorist organization (Hamas).

So how does the media describe CAIR?

ABC actually dropped a new show, “Alice in Arabia” before they ever began shooting because Hamas (dba CAIR) complained.

In an article on February 14, 2017, PR Newswire describes CAIR as “the nation’s largest Muslim civil rights and advocacy organization” and notes the news was provided by CAIR.

Remember that media outlets like the Washington Post, NPR, and others called Al Qaeda financier Abdurahman Alamoudi the “pillar of the Muslim community” in Washington, D.C. and Al Qaeda leader Anwar Awlaki the “new face” of moderate Islam before the United States killed him in a drone strike. 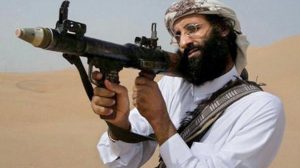 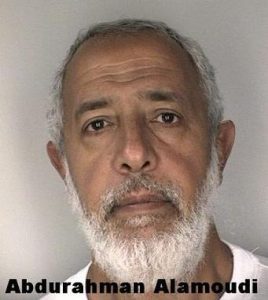 The media is batting 0/1000 when it comes to identifying friendly Muslim leaders and groups.

The facts are already in evidence detailing the ties to the Muslim Brotherhood/Hamas to groups like CAIR, ISNA, MAS, MSA, IIIT, ICNA, MPAC, MLFA, Muslim Advocates, and all the others yet the mainstream media never asks the tough questions or does their homework on these issues.

Apparently “investigative journalism” is a forgotten trade and truth, facts and evidence are no longer sought after by today’s “journalists.”