When the Muslim Brotherhood came to the United States in the 1950’s, it did so with a plan. 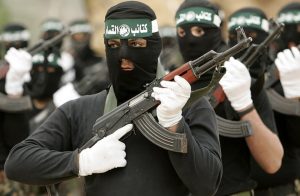 As was mentioned in UTT’s article on Monday, the U.S. Muslim Brotherhood is now openly confirming much of what UTT has been saying for years, but the MB denied until recently.

The massive amount of evidence entered into the largest terrorism financing and Hamas trial ever successfully prosecuted in American history (US v Holy Land Foundation for Relief and Development (HLF), Dallas 2008) reveals the U.S. Muslim Brotherhood built thousands of organizations to further their plan to wage jihad in the United States.

US v HLF Government Exhibit 3-85 is identified by the Department of Justice as a “1991 memorandum authored by U.S.-Muslim Brotherhood Shura Council member Mohamed Akram Adlouni, recognizing ISNA and NAIT as Muslim Brotherhood organizations.”  This is the MB’s “An Explanatory Memorandum” which is the MB’s strategic plan for North America.

In it, Mohamed Akram writes, “The Movement must plan and struggle to obtain ‘the keys’ and the tools of this process in carry(ing) out this grand mission as a ‘Civilization Jihadist’ responsibility which lies on the shoulders of Muslims and – on top of them – the Muslim Brotherhood in this country…The process of settlement is a “Civilization-Jihadist Process” with all the word means. The Ikhwan must understand that their work in America is a kind of grand Jihad in eliminating and destroying the Western civilization from within and “sabotaging” its miserable house by their hands and the hands of the believers so that it is eliminated and God’s religion is made victorious over all other religions…We must say that we are in a country which understands no language other than the language of the organizations, and one which does not respect or give weight to any group without effective, functional and strong organizations.”

After this “recommendation” to the Muslim Brotherhood leadership was published, the U.S. Muslim Brotherhood published the “Implementation Manual” in 1992 which enumerates the goals to be achieved, which MB department will be responsible, the timeline, and follow up.  Shortly after the Implementation Manual was published, the MB began creating between 80 and 120 non-profit organizations a year in the United States, and has been doing so ever since.

Today, the U.S. Muslim Brotherhood has nearly 800 Muslim Students Associations (MSAs) on every major college and university campus in America (and in some high schools), over 250 Islamic Societies (subsidiaries of ISNA), approximately 80% of the over 3,000 Islamic Centers/Mosques in the U.S. and thousands of businesses, media organizations, legal organizations, medical organizations, trade organizations, and others, all per their own plans. 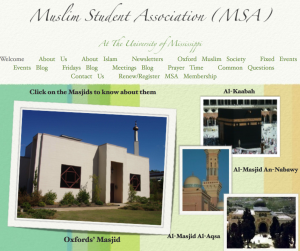 As military and political leaders from Muslim nations have told U.S. leaders, the Muslim Brotherhood has more control in the United States than anywhere else on the planet.

What will our federal government do about it?

To learn more about the MB network in the U.S., get your copy of the DVD “Understanding the Threat to America: The Outlawed Brief,” the book Muslim Mafia about Chris Gaubatz’s undercover experience at Hamas headquarters in Washington, D.C. (doing business as the Council on American Islamic Relations – CAIR), and the book Raising a Jihadi Generation at UTT’s online store.