Ohio is reaping what it has sown.  They have protected and promoted jihadis for several years.

In 2009, the Ohio Department of Homeland Security hosted a day-long seminar which included senior Hamas/Muslim Brotherhood officials, including Hani Sakr, a member of the U.S. MB’s Board of Directors, and the leader of Hamas in Ohio, Asma Uddin. 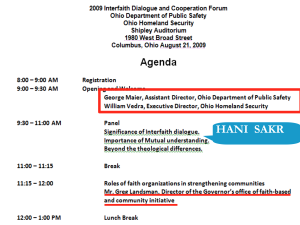 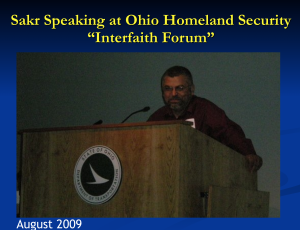 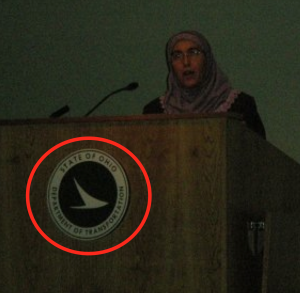 In 2010, the Strategic Engagement Group (predecessor to UTT) conducted a 3-day training program at the Columbus (Ohio) Police Department.  At the end of the program, the Ohio DHS Director Bill Vedra, the Chief of the Columbus Police Department, and others came into the room and defended Hamas (doing business and CAIR), the outreach programs to the Muslim community, and commented negatively about the 3-day program even though none of them sat through one minute of the training.

Several of the officers in the room stood up and confronted the leadership, calling them out. 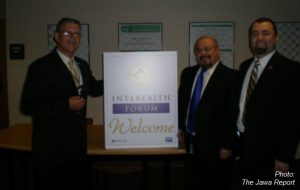 After this was made public in articles by The Jawa Report, Ohio DHS tried to secretly destroy all the pamphlets.

As recently as 2015, Hamas (dba CAIR) trained the Columbus Police Department on “diversity.”

In February 2016, Somali Mohamed Barry walked into the Nazareth Restaurant in Columbus, Ohio with a machete screaming “allah u akbar” and began attacking customers.  He injured four people and was later shot dead by police.  The restaurant is owned by an Israeli.

Columbus police spokesman Sergeant Rich Weiner stated, “There was no rhyme or reason as to who he was going after.”  The FBI investigated Barry in 2012 for making “radical Islamic threats” but then abandoned the investigation, and FBI Special Agent Rick Smith said it was “too early” to jump to conclusions. (dallasnews.com, 2/12/16, “Man Killed After Machete Attack”)

CNN is still searching for a motive.

In describing this attack, the Washington Post wrote, “Did the quiet immigrant suffer a mental breakdown? Or was the attack an orchestrated act of international jihad as claimed by a host of anti-Islamic groups?”

Is it possible the entire effort by the jihadi Movement in Ohio – and everywhere else across the nation – was/is to get the leadership of the police and FBI to place their trust in the Muslim leaders to “help” them “understand” acts of “terrorism” in a way that never points back to jihad, Islam and sharia?

This week, after yet another jihadi attack in Ohio, the response was the same.

Until law enforcement decides to prosecute and lock up terrorists instead of befriending them and allowing them to train their departments, this nonsense will not end.

Citizens must stand firm and hold elected officials, police chiefs and state homeland security officials feet to the fire, and ensure they are trained by UTT, not by Hamas and Muslim Brotherhood leaders.

Get them a copy of Raising a Jihadi Generation for Christmas.