UTT Throwback Thursday: Where Does a Muslim Soldier’s Loyalty Lie?

“Fight and slay the unbelievers wherever you find them…”  Koran 9:5

NBC is reporting the Taliban targeted Secretary of Defense James Mattis in an attempt to kill him during his surprise visit to Kabul yesterday.  Taliban leaders credit Afghan security forces with tipping them off. 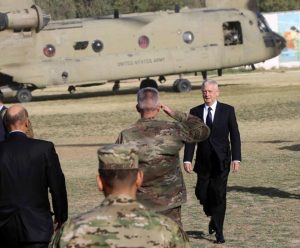 With the number of attacks on U.S. forces by Afghani police and military working with our forces, this should not be surprising.  What is surprising is that in 16 years since 9/11, there has not been one military leader who has called for us to vanquish the enemy at home and abroad and win the war as the United States.

Our leaders feel the unending need to incorporate muslims into the plan.

So far it cost us the wars in Afghanistan and Iraq, and is costing us the global war against the Islamic Movement.

On March 23, 2003, U.S. Army Sergeant threw grenades and fired his weapon against other U.S. Army personnel at a 101st Airborne Division position in Kuwait during the early part of the war in Iraq, killing 2 and wounding 14. 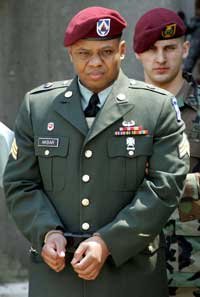 Of course the Army said Akbar was “mentally ill” and did what he did out of resentment for how he was treated.  The muslim soldier’s diary contradicts that assessment.

Did any of the attorneys read sharia?  If they are like the rest of the Army, Navy, Marine Corps, and Air Force, the answer is “No.”

Our enemy calls itself the Islamic Movement.  It is made up of:  violent jihadi organizations like Al Qaeda, the Islamic State, and many others; Muslim Brotherhood organizations (suit-wearing jihadis) who control the narrative and conduct the call to Islam (dawa); and the Islamic nation-states, all (57) of which call for sharia to be the law of the land on the planet.

Sharia-adherent muslims are our enemies

Saudi Arabia calls for sharia across the globe because Islam commands it.

Sixteen years after 9/11 and American leaders have still not done what U.S. warfighting doctrine requires – identify the enemy.