Over 100 law enforcement officers from all over Arizona as well as a few other states attended UTT’s “Understanding and Investigating the Jihadi Network” course at the Mesa Police Department hosted by the Arizona Police Officers’ Association last week (May 16-18), and received a heavy dose of reality about the threats facing the United States from the Global Islamic Movement and the hard-left Marxist/socialist Movement. 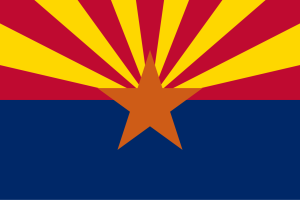 There was an unusual amount of pressure on the interim Police Chief at the Mesa Police Department to shut UTT’s training program down.  Local TV news, print, and online media outlets, as well as the American Civil Liberties Union (ACLU), the Southern Poverty Law Center (SPLC), the Anti-Defamation League (ADL), and the terrorist group Hamas – doing business as the Council on American Islamic Relations (CAIR) – all brought pressure on Arizona officials to cancel the UTT training.

Members of Congress even called the Chief’s office.  Yet, the Chief stood firm and courageously allowed the training to take place.

On Day-3 of the program, UTT was joined by former founding member of DHS Philip Haney, the author of See Something Say Nothing, who shared his own story of how he was ordered by DHS leaders to remove hundreds of names of individuals and organizations directly tied to terrorism out of DHS databases, and then punished for doing investigations into them in the first place.  His testimony had a significant impact on the students who realized the depth of the problem inside the federal government is much worse than they were previously aware. 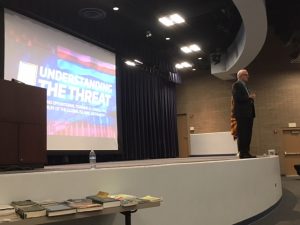 The results of the UTT program speak for themselves.  In order to capture the power of the UTT (Understanding the Threat) program, audio comments about the program were recorded with some of the police officers giving their thoughts.  Here are a few of those comments:

“I have never been to any course like it.  The amount of information in it was…factual.  It wasn’t opinion based…This was just ‘Here’s the history, here’s the facts, do with it as you will.'”

“It’s unlike anything I ever expected.”

“The Understanding the Threat training has definitely opened my eyes towards the Islamic Movement in the United States, that it is a threat.”

“After learning the last three days, I think (the UTT program) should be mandatory for all law enforcement – local, state, feds.”

“I just completed the 3-day Understanding the Threat course.  They presented the information, and then you make your own decisions on how to use it…(I have been in law enforcement) a little over 18 years, but before I was in law enforcement I was in the United States Air Force for 20 years.  And this is the first time I’ve heard of any of this.”

“I spent 17 years in the military and the last 13 years in law enforcement, and I had no idea of any of this stuff before coming to the UTT threat briefing.”

To hear these comments for yourselves, please listen to the Understanding the Threat Radio Broadcast at www.WorldviewRadio.com (John Guandolo) or go directly to the link HERE and listen from the 8:08 to the 11:31 marks.

This victory in Arizona is measurable and noteworthy in that UTT provided truth about real threats from the Global Islamic Movement and the hard-left marxist movement inside the United States despite heavy resistance.  The battle is yet flagrant and we have a lot of hard work to do to achieve real and total victory.