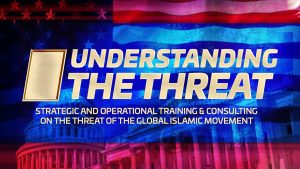 2017 proved to be a year with many key events in the war against the Islamic and Marxist Counter-States.

Today UTT brings you our Top 12 picks for most impacting events in this war as we see it.  The following is a snapshot of each event.

For a more detailed review of each, please listen to UTT’s Radio Show here.

Some Iranians are protesting their government, but the Iranian regime continues to overtly call for the destruction of Israel and the United States while working to attain nuclear weapons.  Iran is also the largest funder of terrorism on the planet.  See UTT article here.

From the moment his appointment was announced, UTT called for the removal of HR McMaster as the National Security advisor to the President.  Calling ISIS a “group” which “follows a perverted version of religion” and firing the only folks inside the National Security circles who understand the threats from the Islamic and Marxist enemies, Mr. McMaster continues to make decisions without knowing the threat.  See UTT videos here and here.

UTT consistently makes clear this war is more an espionage and counterintelligence matter than simply “terrorism.”  The revelations of the Awan brothers spy network on Capitol Hill got worse when direct connections to Pakistani ISI were revealed.  This represents a massive breach of U.S. security and more evidence the Islamic foe is gathering intelligence on us, just as UTT continually reports.  See UTT articles here and here.

The mother-ship of the U.S. Muslim Brotherhood’s operation is the U.S. Council of Muslim Organizations.  Led by Ossama Jammal, the USCMO is executing its strategic plan in North America and organizing at the national, regional, and local levels down to local mosques.   The USMB has created an army of lawyers to thwart legal and civil moves against the jihadis here, is coordinating efforts to physically secure Islamic organizations, and continues to prepare to use the U.S. as the Islamic Movements’ center of operations as the war against Europe unfolds.

When President Trump issued his immigration bans to keep individuals from threat nations from entering into the country, the U.S. Muslim Brotherhood went to work.  As UTT has detailed, the MB is building an army of lawyers to confront and stifle all efforts to keep Americans safe.  Imam Ismail Elshikh, the Imam of the Muslim Association of Hawaii was a plaintiff in one of the cases which put a freeze on the President’s Executive Order.  the Muslim Association of Hawaii is a Muslim Brotherhood mosque/Islamic center.  See UTT article here.

When Saudi officials say they are going to let women drive, or the “new moderate face of Saudi Arabia” – the Crown Prince – declares he is going to take some action to “moderate” Saudi activities, these are all lies. Saudi Arabia is simply trying to look moderate in relation to other threats like Iran.  See UTT articles here here and here.

Senator Ted Cruz (Texas) submitted a bill to designate the Muslim Brotherhood a terrorist organization – something the President said he supported.  As of January 1, 2018, the MB, despite decades of evidence of their violent and non-violent tactics to overthrow governments and impose sharia on the world, no action.  See UTT article here.

Jihadis attack in New York city and the NYPD’s Deputy Commissioner says they have nothing to do with Islam.  See UTT article here.  See UTT video here.  A muslim attacks multiple sights around Harrisburg, PA (the state Capital) and the police treat it like a gang shooting.  Remarkably, it took DHS to let Pennsylvania know it was a terrorist attack.  Just after Christmas a woman in Minneapolis was stabbed multiple time by a Somali muslim – no media coverage.

4.   The New Administration Shows Knowledge of the Threat

President Trump seems to understand the Islamic threat at a gut level, but is surrounded by others who do not.  There is evidence of forward progress:  there was no iftar dinner at the White House or State Department; the new National Security Strategy mentions “jihad” dozens of times and even uses the word “sharia”; DHS defunded the Muslim Brotherhood’s Muslim Public Affairs Council (MPAC) to the tune of $500K; and Melania Trump did not wear a hijab when she and the President were in Saudi Arabia.

The morning after the Las Vegas shooting – the deadliest shooting in U.S. history – UTT tweeted that it was highly likely a jihadi attack.  Within a few hours and over the next several days, UTT wrote extensively and with clarity that this was a jihadi/Islamic State attack.  Police are treating it like a drive-by shooting and no intelligence investigation is being done.  When that happens, UTT is sure the evidence will show this was a significant Islamic State operation.  See UTT articles here here and here.

2.   President Calls Jerusalem the Capital of Israel & Will Move U.S. Embassy There

This is one of the most significant policy decisions by a U.S. President in this war to date.  Israel is a sovereign nation with the right like every other sovereign nation to determine its own capital.  Acknowledging this as a fact is a necessary condition for achieving peace.  Listen to President Trump’s remarks here.

1.   UTT’s Analysis of the Threat is Right on the Mark

UTT does not publish or put out information in any form that it does not believe is factual and accurate as stated.  In 2013, UTT’s President John Guandolo reported the Director of Central Intelligence John Brennan said the shahada in front of Saudi government/intelligence officials – ie he converted to Islam while he was the CIA Station Chief in Saudi Arabia.  Since that time CNN and other media outlets have rejected this story.  In 2017, former CIA Station Chief Brad Johnson confirmed John Brennan did, in fact, convert to Islam while in Saudi Arabia.

More importantly, over the last 5 years, the war against the Islamic Movement has gone exactly as UTT said it would go in Europe and the United States, and UTT was the first and only organization in America to call the Las Vegas shooting a jihadi attack conducted by the Islamic State.  When the facts are revealed, we will be right on this one too.

Understanding the Threat matters in this war – for all of us.