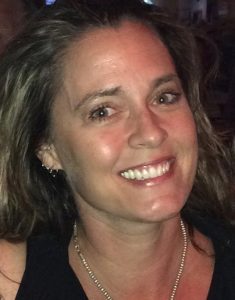 In 1999, Stephanie Ameiss was a police cadet in Arizona.

One evening, she stopped to help a motorist on a bridge.  When a police officer warned her of an oncoming vehicle, she jumped out of traffic into what she thought was the protected center of the highway.

In fact, Stephanie landed in a four foot gap in the freeway, and fell 60 feet onto the dry river bottom below.

The police officer assumed she was dead.

Stephanie Ameiss survived the fall, and her courageous and powerful story of healing, faith, and returning to the police force is truly amazing.

Listen to this week’s Understanding the Threat Radio show with Stephanie telling her story HERE.

Today, Stephanie Ameiss is the Lead Investigator for Understanding the Threat.  She holds a bachelor’s degree from Arizona State University and, while working with Gilbert Police Department in Arizona, worked undercover, gang investigations, and eventually worked her way to becoming a Terrorism Liaison Officer (TLO).

Stephanie brings plenty of experience to the UTT team.  However, the team is well-aware it is miracle she is still in this world at all.

Her indomitable spirit and deep faith is an example for all who know her.