What Happens When a Muslim Dies?

Why are so many Muslims motivated to fight and die as martyrs/shaheeds in Islam?

According to Islamic doctrine, when a Muslim dies for any reason – car crash, heart attack, old age – his body is washed, shrouded, prayed over, and buried in accordance with Sharia (Islamic Law).  Specific details of how the body is washed, who is to wash, specific prayers to be prayed, and how the grave is dug is all a part of the Sharia covering this topic.

Once the deceased is placed in the grave, his soul separates from the body and lingers above it.  Here is a description from What Islam is All About, the most popular text used in Islamic junior high schools in America:

“If you were a believer in Allah, and followed the teachings of your Prophet…your environment will then be softly lighted.  Your resting place in the spiritual dimension will be made roomy and comfortable and you will sleep and dream gently until the Day of Judgment.

“But if you were a bad person, who didn’t believe in Allah, or a hypocrite, then the angels will become horrifying to you.  They will strike you and cause your soul’s resting place to squeeze in upon you until you feel suffocated.  Then you will be tormented and in agony until the Day of Judgment.”

But how does a Muslim know whether he followed the teachings of Islam or not throughout his life? Islam teaches that every Muslim has two beings called “Jinns” which record all of their good and bad deeds throughout life.  If the bad deeds outweigh the good deeds, he goes to hell on the Day of Judgment.  If the good deeds outweigh the bad deeds, he goes to paradise.  But there is no way to know until the Day of Judgment where he is going.

There is only one exception.

The martyr or shaheed – the one who dies in battle in Allah’s cause (Jihad) – immediately goes to the highest level of paradise the moment his first drop of blood hits the ground, and he receives the promise of sensual pleasures.  The shaheed avoids all punishments of the grave and is sure of his reward in paradise. The shaheed does not feel the pain of death. 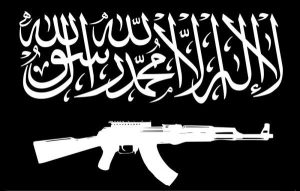 “It is unlawful to wash the body of a martyr or perform funeral prayer over him. A martyr means someone who died in battle with non-Muslims.  It is recommended that war gear be removed from the body, and it is best to bury the martyr in the rest of his bloodstained clothes since it is the effect of worship.” [Um dat al Salik, 14th Century Islamic Sacred Law, certified by Al Azhar as authoritative Sunni Islamic Law]

To die as a shaheed against non-Muslims is the highest form of worship in Islam.

The Koran promises shaheeds go to the highest level of paradise above all other Muslims:

“Those who leave their homes in the cause of Allah (jihad) and are then slain or die, on them will Allah bestow verily a goodly Provision; truly Allah is he who bestows the best Provision.” [Koran 22:58]

This is why in Islamic schools across the world, and in America, 7th graders are taught:  “If anyone dies in a Jihad they automatically will go to Paradise.  A Shaheed, or Martyr, is described this way by Allah, ‘Don’t think that those who were killed in Allah’s Cause are dead.  No, they are alive, finding their bounty in the presence of their Lord.’ (Koran 3:169)” [What Islam is All About, pg 164]

In Islam “The Cause of Allah” is Jihad.

It is clear to all Muslims, which is why it is taught to Muslim children in mosques and Islamic schools across America, that to die fighting non-Muslims is the highest form of worship in Islam and the only way to guarantee paradise when a Muslim dies.